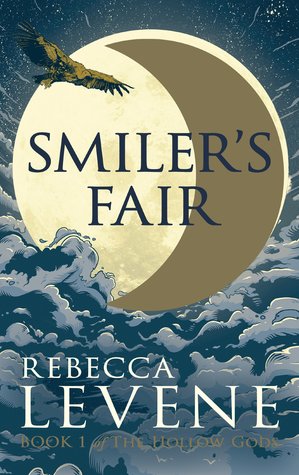 The picture doesn’t do the cover of this justice – the moon is shining gold, glinting off the feathers of the soaring bird (which I think is a vulture, rather than the eagle I assumed at first glance). I love that the clouds almost look like waves swirling and crashing into the moon and that the stars and wisps of cloud behind it almost give the impression that you are moving very fast.

It is an intriguing cover and the blurb just drags you in further. Gods and promises and the mysterious Smiler’s Fair – I am itching to get lost in this book – it sounds like everything I love to read all in one. I just hope it lives up to all my excitement!

Yron the moon god died, but now he’s reborn in the false king’s son. His human father wanted to kill him, but his…

View all posts by preetamnandal1